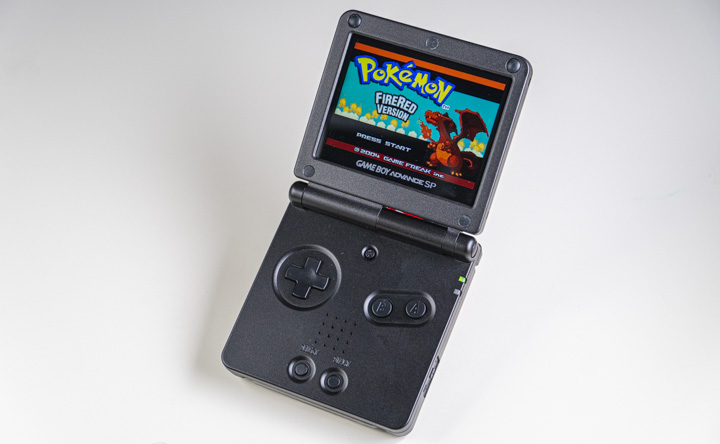 Released in 2003, the Game Boy Advance SP was the "special" version of the Game Boy Advance by Nintendo. Beloved by many (including myself) for the folding screen that is protected when it is in your pocket. When folded it is only 3.3in x 3.3in, 1in thick, and weighing in at 142 grams, it was the most portable Game Boy console to date; at least until 2005 when the Game Boy Micro was released.

The SP is a very capable machine, but it is an almost 20 year old console and its age is beginning to show. It features a 2.9in reflective, front lighted, TFT color LCD screen and a rechargeable 600mAh lithium-ion battery. Along with the OEM shell, which is notorious for scuffs and scratches, these items can be replaced to breath some new life into this glorious handheld console.

Let's bring this handheld console into the future by replacing and upgrading a few things: IPS display, 850 mAH battery, glass lens, and new onyx black shell. There are even crazier mods available that you can accomplish as well (headphone jack, USB-C charging, and enhanced audio boards and speaker), but we shall focus on the basics.

By upgrading our handheld's TFT screen to an IPS display, we have much to gain with little to lose. On an IPS screen display we get a wider viewing angle. This means the screen is still clear and colorful from any angle we hold the console with our hands. If you have ever played a Game Boy for longer than an hour, you might understand how beneficial different viewing angles can be by resulting in better neck and hand positions.

Another advantage we gain from an IPS display is the color representation and quality. Colors are more vibrant, accurately saturated, and are displayed across a wider gamut. A TFT screen in comparison appears dull and lifeless.

The only disadvantage of opting to use an IPS display over a TFT one is power consumption. IPS displays use about 15% more power on average compared to a TFT display of similar size. And with a portable game console, battery longevity can be pretty important. Luckily we can mitigate some of this by upgrading the battery as well.

The 600mAh OEM battery most likely won't power our IPS screen for long, even if it was a brand new and not aged 15+ years. We can extend the life of the console by upgrading to a new aftermarket 900mAh battery. It should be noted that there are plenty of reports online that many aftermarket batteries aren't actual 850-900mAh as advertised and have significantly less capacity, so pick up a battery from a reputable vendor and test for yourself as Your mileage may vary. 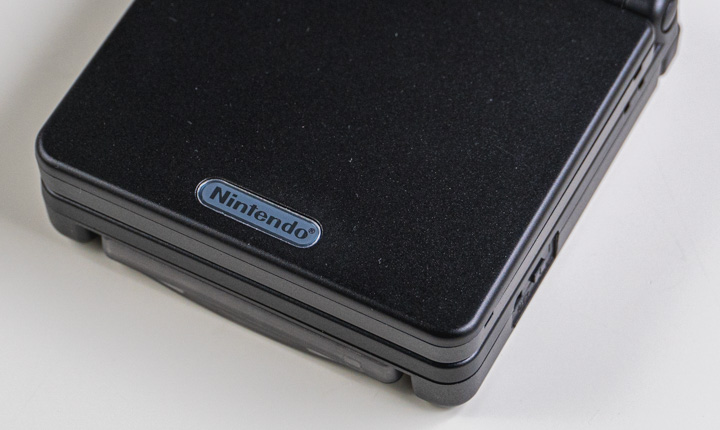 A new shell makes the Game Boy SP look and feel brand new. And the great new is, is that there is a plethora of aftermarket shells available online that come in a vast array of colors and designs. You can easily find one that speaks to you and your palette. A simple onyx black shell with black buttons will work nicely for this project, but you can get pretty crazy with the combinations.

And for the fun of it, let's give the the back of the shell a holographic serial sticker.

Along with our nice new upgraded SP, let's not forget about the games too! This is where the the EZ Flash Omega comes in.

The EZ Flash Omega (EZ for short) allows us to play our backed up games off of a single cartridge so we no longer have to worry about carrying, managing, and swapping our games in and out of the console to play them. It even has some pretty cool features as: save states, cheats, and boot animation skipping.

There are other similar cartridges available. Most notably, the Everdrive GBA Mini. But they are twice the price and are hard to get a hold of because of their high demand and low supply. The Everdrive is highly rated and has a much better battery life than the EZ, and some people say the build quality is a bit better. If you interested in flash cartridges, I highly recommend looking at these options and research which one is right for your project.