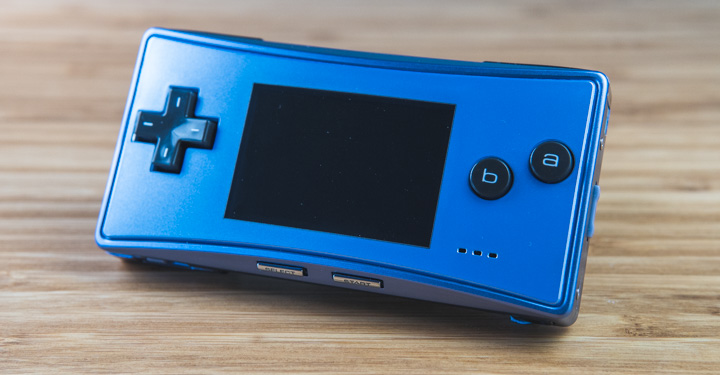 In 2004 Nintendo was noted for internally discussing for creating the smallest version of a Game Boy possible. And released in 2005, the Game Boy Micro was the smallest Game Boy ever to be released. At 80g, less than 1in (17mm) thick, 2in (50mm) tall, and 4in (101mm) long, it was also the most portable handheld gaming console.

The Micro features a backlit, 240x160 pixel screen, built-in rechargeable battery, and a metallic case (which was pretty unusual for Nintendo). It was also the first Nintendo console to feature removable and customizable faceplates that users can swap out with ones with a plethora of colors and designs.

The Game Boy micro feature in this post is a rare Japanese Lite Blue edition.

Nintendo only sold about ~2.5 million units by July 2007 and was regarded as a failure by Nintendo because it failed to sell as well they wanted and did not reach their units sold goal. GamePro noted it as ranked 8th in the top 10 worst-selling handhelds of all time.

Nintendo execs stated the marketing of the Nintendo DS may have hurt the sales performance of the Micro and caused it to not meet Nintendo's expectations. The pricing of $99 USD for a Micro, when compared to $79 USD for the Game Boy Advance SP, most likely did not help the unit sell well either.

Obviously with this handheld being so old, the battery has definitely lost the majority of its capacity and is due for a replacement. Luckliy you can pick up slightly larger in size, with a larger mAh capacity. The orginal battery features a 450 mAh capactiy battery while our new one is rocking 750 mAh. 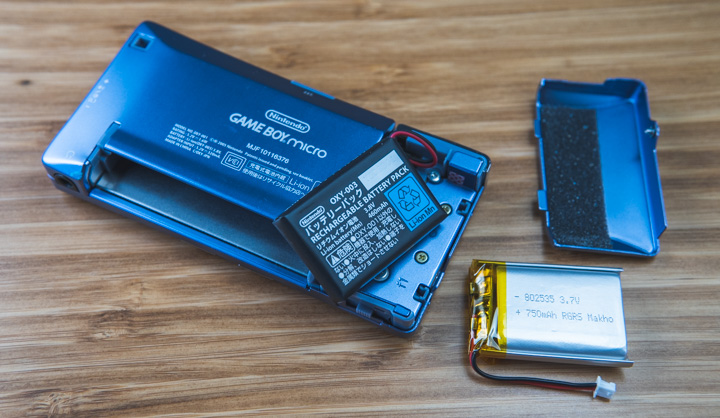 With the slightly larger size, you just need to squeeze the battery into place, and then screw down the battery compartment cover. Now the micro has a new larger capacity battery so you can play great games even longer before you need a recharge.