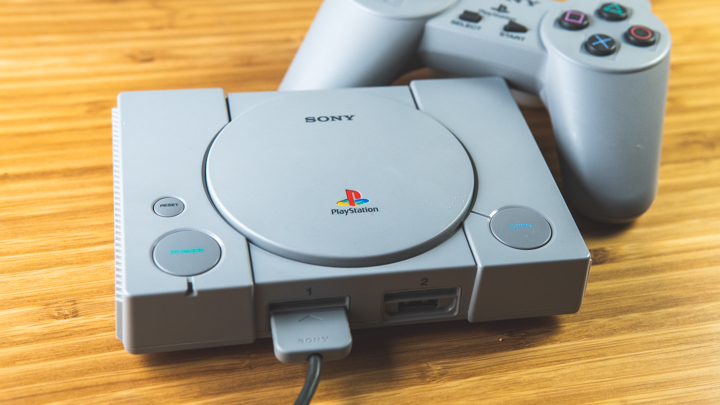 It's a nice little machine that can kick-start that nostalgia trip for the millennials that grew up with the console. Sounds like a fantastic idea! However, the one big criticism (among others), was the fact that the 20 preloaded games were abysmal when compared to the Playstation's 7,000+ game library.

Some of the notable games that were included in the US include: Metal Gear Solid, Final Fantasy VII, Oddworld: Abe's Oddysee, and my favorite, Intelligent Cube. But where's Crash Bandicoot, Spyro, Chrono Cross, and Silent Hill? Probably not included due to licensing issues; and the fact that the PSC internal storage is only 16GB.

The best games for the PSC are a personal choice and they usually are the games that you played as a kid. Let's make the PSC a better experience by replacing some of the games on the PSC. To do this, we will have to mod the console and edit the files ourselves via sftp.

To access the PSC via ssh/sftp, we need modify the kernel with the help of a bootable USB stick. There are a lot of easier ways to mod the console and expand the game selection on the PSC without having to sftp into it, but let's accomplish a stock experience by using the internal memory on board and eschew having a USB stick protruding from outside the console.

For an in-depth look into modding your console and updating your kernel with step-by-step instructions, check out Project Eris.

After we have modded the stock kernel, we can start updating the games via SFTP. We just need to plug the PSC directly to our computer via the micro USB port on the back of the PSC, and power it on.

To replace the games on the internal storage, you should only have to concern yourself with one folder named /gaadata.

In this folder you will find another folder named databases with a sqlite file inside it titled regional.db. This db file contains all the information for our PSC to find, display, and play our games. It has only 2 tables we need to concern ourselves with: DISC and GAME. So fire up your favorite sqlite editor and open up the db file.

The GAME table holds the names of your games along with a GAME_ID (that corresponds to a sub-folder in /gaadata), publisher info, and the amount of players per game.

The DISC table tells the PSC about each disc for each game (because some PS games have multiple discs) and what the filename is for that disc in the folder named after the GAME_ID.

So replacing a game is a multiple step process per game:

Some of the games that I added to my PSC include: Chrono Cross, Legend of Legaia, Crash Bandicoot 1,2,3, Heart of Darkness, Armored Core, Tomb Raider, and Gex: Enter the Gecko. I would have included Parappa The Rapper, but it is practically unplayable on today's modern HDMI TVs.

After replacing the games to your liking, you can now play your favorite PS games on the big screen. And if you want to sit on the couch, you should purchase a USB extension cable for the controllers, or pick up one of 8BitDo's USB Wireless Adapter (non-affiliate link). 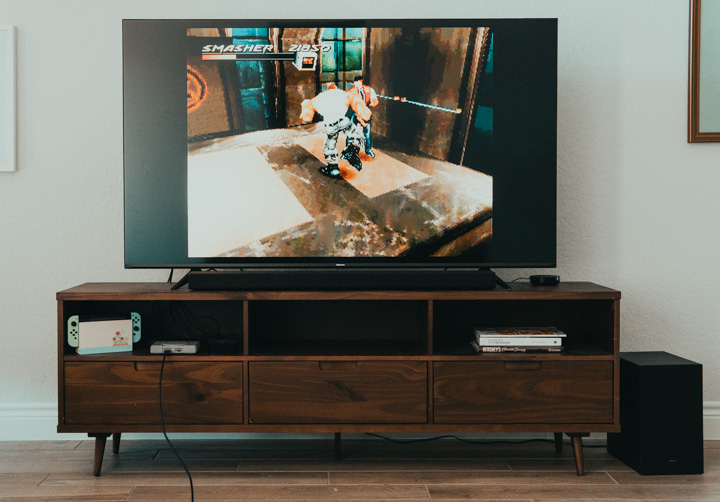