Calculating a LCS is a NP-hard problem

The LCS relation has a wide range of applications for any computational science including: DNA sequence analysis, computer-aided medical diagnoses, and as a similarity measure for the classification and clustering of data. Our goal is to fashion an algorithm that returns one element from the set of longest common subsequences shared between any number of sequences.

Calculating a LCS of an a priori fixed number of sequences is a NP-hard problem. MLCS, or calculating a LCS for an unknown number of sequences, is NP-complete. Even though modern computers allow for an ever increasing amount of data to be generated and stored cheaply, applications in the data sciences are limited by an algorithm’s runtime for inordinately large inputs.

The algorithm operates in several stages. First, it generates a list of ordered pairs from each sequence.

Then it produces the set of intersecting pairs shared in common by all the sequences. For each pair list comprising a sequence, each pair is checked against all other pairs in all other pair lists.

The time complexity of this function is O(k2n) where k is the number of sequences and n is number of pairs in a sequence pair list. The resultant set of intersecting pairs can be thought of as a directed acyclic graph representing common subsequences.

Once a directed acyclic graph is defined by the list of intersecting pairs, a topological sort algorithm can be applied in order to produce a topological ordering of the vertices comprising the common subsequences. 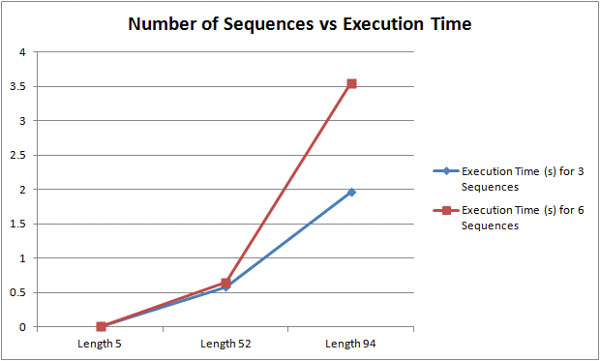 number of sequences vs execution time 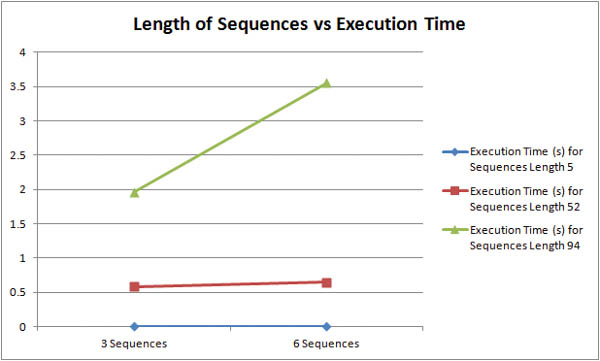 length of sequences vs execution time

Where is the bottleneck in the algorithm? For shorter sequences, it is unclear whether pair generation or intersection discovery is the more time-expensive task. 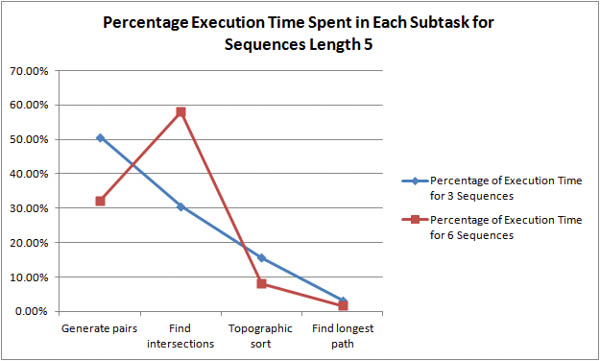 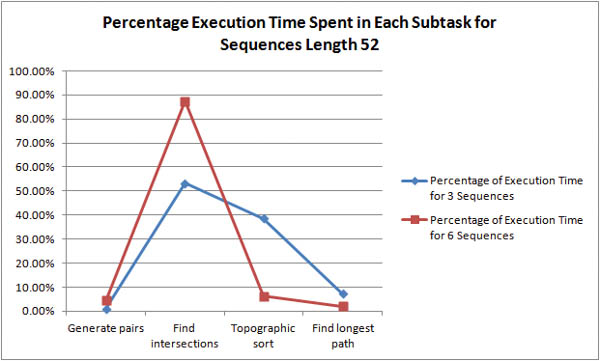 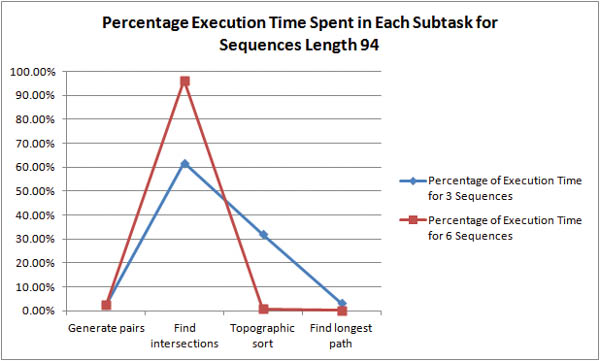